SUBSCRIPTION to our MAILINGLIST 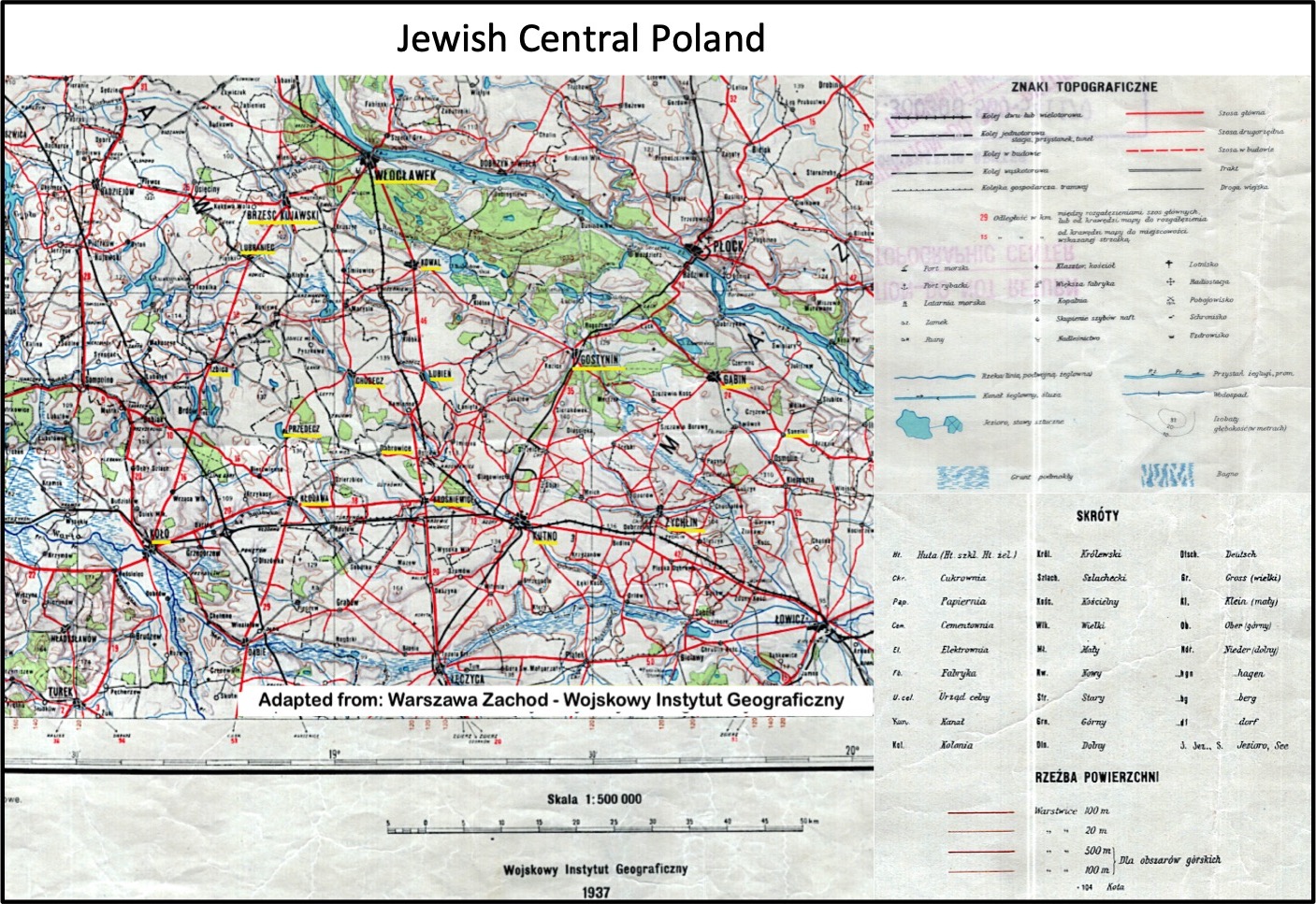 The main transportation networks consisted of a complex road pattern with two major routes from Wloclawek south to Kolo-Turek and Lubien-Krosniewice-Leczyca-Lodz. A secondary road branched off from Kowal to Gostynin and Gabin skirting the edge of the forested parkland which had access to Plock to the North. Another secondary road took travellers southward through Chodecz, Przedecz, and Klodawa. Kutno was accessed through Krosniewice or Gostynin while Zychlin was a bit more isolated in the SE.

One main rail line existed by 1937, stretching from Wloclawek southward to Kutno, bypassing Zychlin and eventually heading to Lowicz and then East to Warsaw.

In spite of the distances and poor methods of transport, families moved relatively easily between shtetls and unquestionably maintained family and business linkages within this area. This is demonstrated by the numerous family marriage connections especially noticeable in north-central JCP between Izbica Kujawska-Przedecz-Chodecz-Lubraniec, between Kolo-Klodawa-Kutno-Zychlin-Krosniewice in the southern portion, and Gombin-Gostynin-Plock in the northeast. Rabbinical and cantorial assignments and transfers were also common throughout the JCP.